Hit enter to search or ESC to close

The MURAL Maze: a new kind of virtual retreat

”I never thought I'd enjoy taking a walk through a virtual world as much as I did! 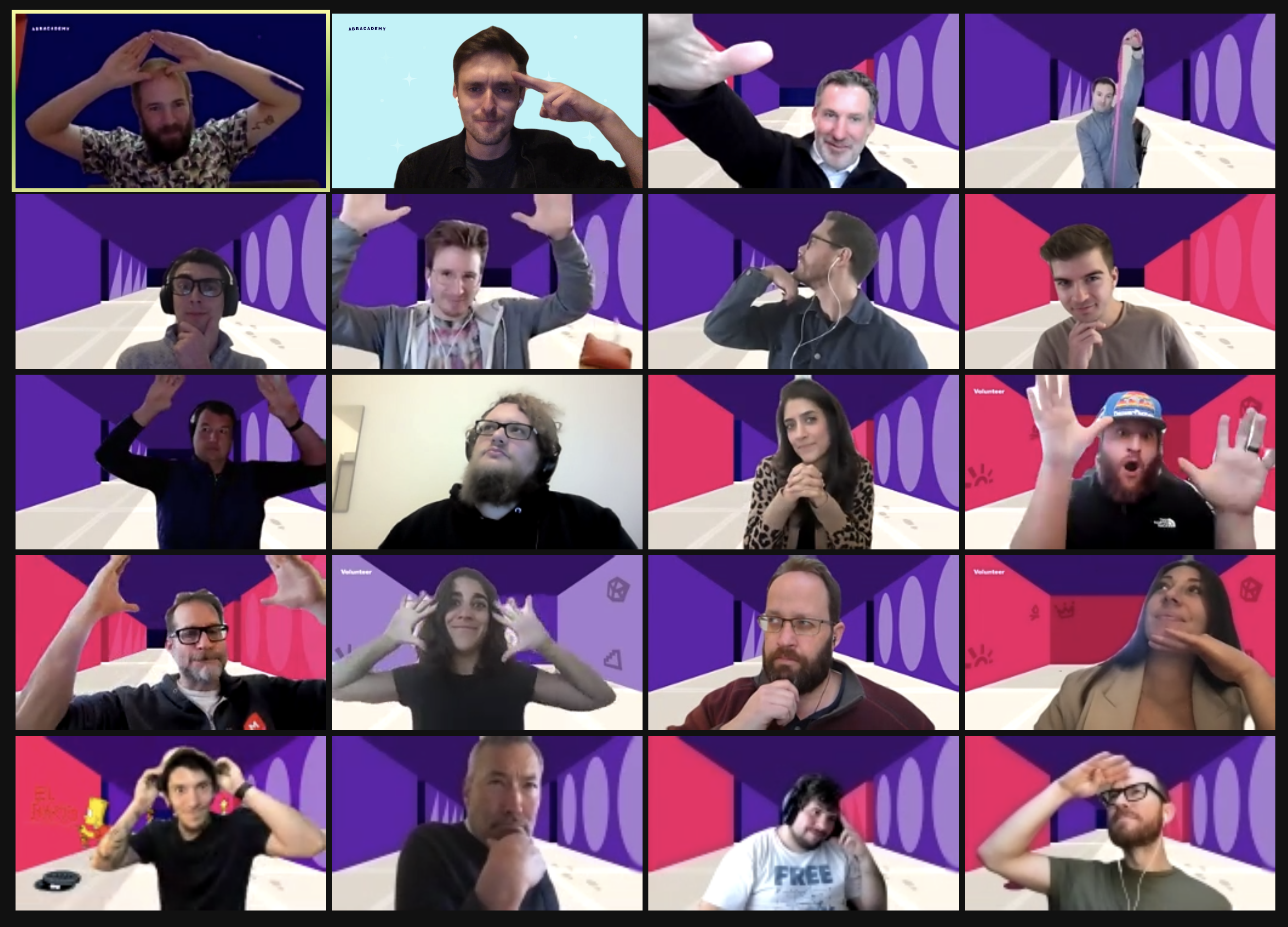 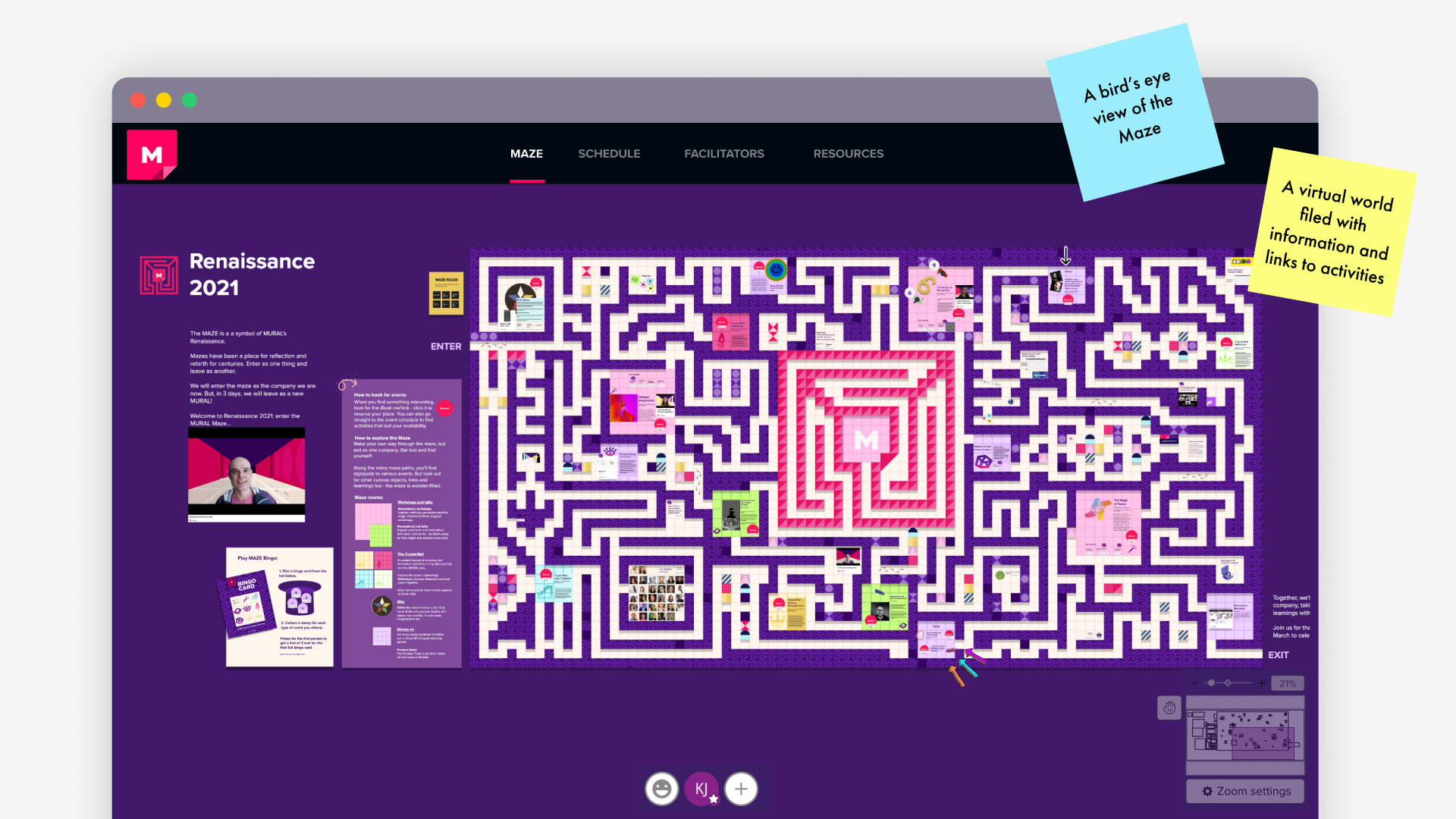 What do you do when your company experiences rapid growth and change? How do you create high performing teams when remote working is the new normal and many colleagues have never met? MURAL decided to press pause and ‘take’ all 450+ employees (and growing) on a virtual retreat to mark their Renaissance 2021.

MURAL is an online collaboration tool – a virtual whiteboard that brings remote collaboration to life, enabling teams to think and collaborate visually. Following a year of rapid growth and change, MURAL needed a whole company get-together. They wanted to connect all the MURAListas (that’s the people of MURAL) so that they could get to know each other, form new bonds and, ultimately, create high performing teams. The retreat was a moment to ignite a new mindset and embed new behaviours to take the company forward.

Come with us on a virtual journey, enter The Maze…

How the magic happened

We wanted to create a new type of digital event – a virtual space where people could meet, explore and collaborate while exercising different learning styles. To achieve this, we experimented and conceived a virtual maze – a magical labyrinth offering an immersive journey of discovery.

To satisfy all the needs, Abracademy’s wild and wonderfully eclectic team conjured up a variety of virtual activities: online workshops, talks, places to gather and learn, VR spaces to play in, and a host of other sessions and curious entertainment to enjoy. It was an experiential journey designed to connect MURAListas as people and as colleagues.  Harnessing our skills in team dynamics, neuroscience, event and learning design, facilitation and magic – we conceived and delivered the whole experience.

Over 450 MURAListas from around the world ‘entered’ the maze and, over three days, explored the magical digital world created for them. They got lost together and found each other.

I’m sceptical of virtual events because I miss in-person gatherings so much, but I was beyond impressed with The Maze retreat.

I loved the variety of sessions (the cabaret was ridiculously good!). I love that the team building was facilitated by Abracademy so our leaders could be present at those workshops. I love that MURAL invested in its employees in this way — Ops Team MURALista

Days 1 and 2 of the retreat were dedicated to exploration and play. Among the other activities, MURAListas attended Abracademy workshops: Unleash Imagination and The Power of Perception. For two days, people were encouraged to discover new activities, and each other.

On the third and final day, every MURAL team experienced the same workshop, The Magic of Teams. In one day, we delivered to 17 teams all over the world, in many different time zones, from midday to midnight!

“The highlight for me was the Magic of Teams workshop. How we handle hard work together is critical. It’s so important to take a moment, listen to each other, be vulnerable and think about how to improve to be a high performing team” — Peter Herbert, CMO

The whole experience was carefully designed with certain outcomes in mind based on how the leadership team wanted MURAListas to think, feel and behave following the retreat. Coaching was offered next to cooking and cabaret. There was magic and mixology, reflection and tutting (look it up!), a guided walk and a tea ceremony, dancing and dynamic breathwork. MURAListas learned magic, to be more productive, to facilitate more confidently, to do yoga at their desks. In fact, they could learn How to learn anything — a session offered by our own Creator of Curiosity, Julie Bogaerts!

MURAListas lost and found themselves in The Maze

Great show! I really like that you re-invented retreats to be more dynamic and flexible.

I loved the theme… so, so good! Overall, a really great job—you should be proud, congrats! I'm inspired to organize more 'no purpose' gatherings. I believe there's incredible value to unstructured time together.

As a recent joiner, this was an incredible way to experience MURAL's culture, vision and joy of collaboration. The event was infused with fun and a great bonding experience.

The highlight for me was the Magic of Teams workshop… how we handle hard work together is critical. It’s so important to take a moment, listen to each other, be vulnerable, think about how to improve to be a high performing team.

Magical moments were sprinkled in each session, every day!

The Maze exemplified our values… Adapt To Thrive: 2020 threw us a curveball but we reimagined how we work together and came out of The Maze stronger.

I loved listening to my teammates in a small group setting.

I was surprised that the team rated so high on psychological safety despite many starting their new roles completely remotely during a pandemic and the significant amount of change we're experiencing. It makes me proud.

My wow moment was the honesty in the breakout groups

I loved the conversations with teammates, with challenging questions! Abracademy are wonderful facilitators.

Keep sharing how to unleash imaginations! As adults, it's harder for us now than when we were kids. I loved the workshop till the end! Great work! 🙌🏻👌🏻

When we got together to air our grievances, we hadn't all spoke as a team before. It was wonderful to discuss everything openly—even for folks who were meeting for the first time.

The facilitators did an amazing job, the session was fun and interactive. I was worried about a 2 hour session but the time FLEW BY!

THANK YOU SO SO SO SO MUCH FOR THIS A-MAZE-ING EXPERIENCE!! We really needed this break from work (which will for sure enhance our work from now on). 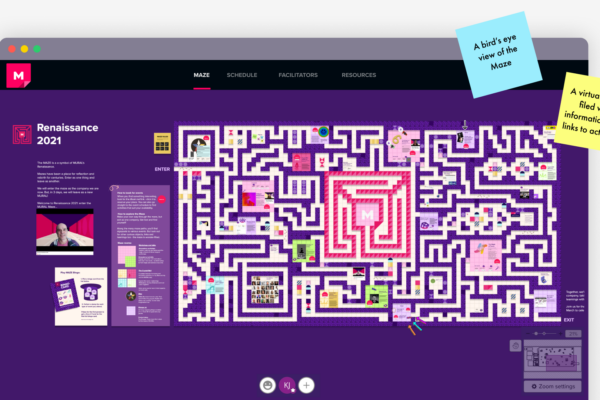 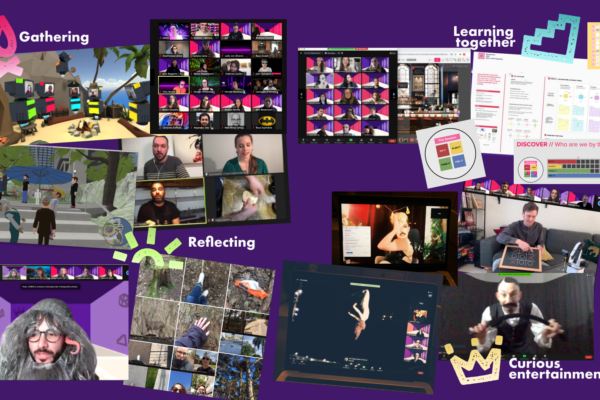 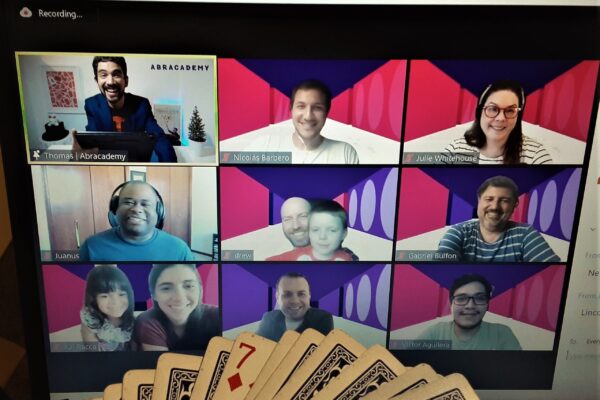 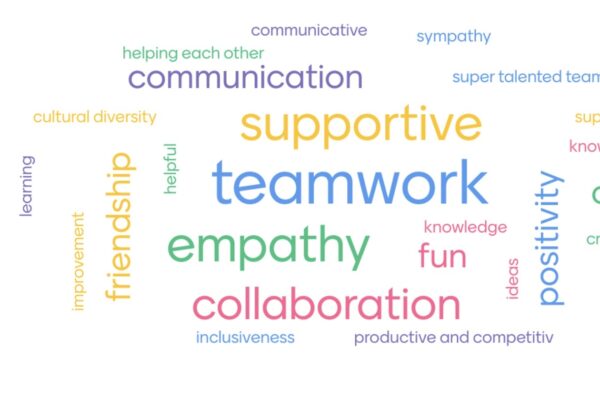 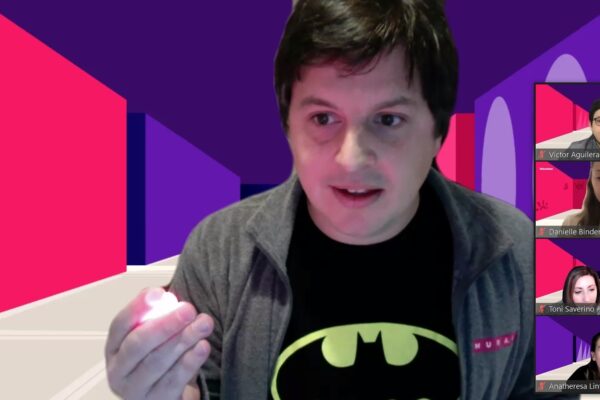 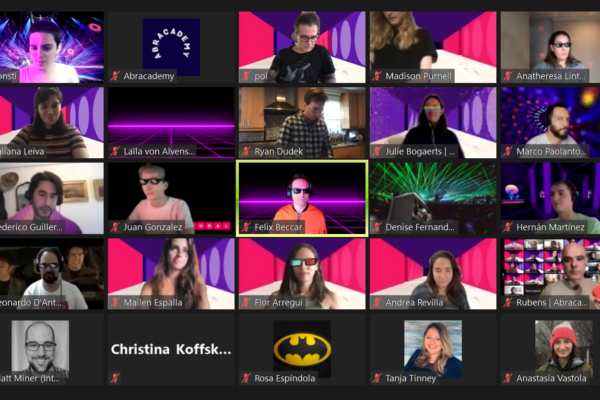 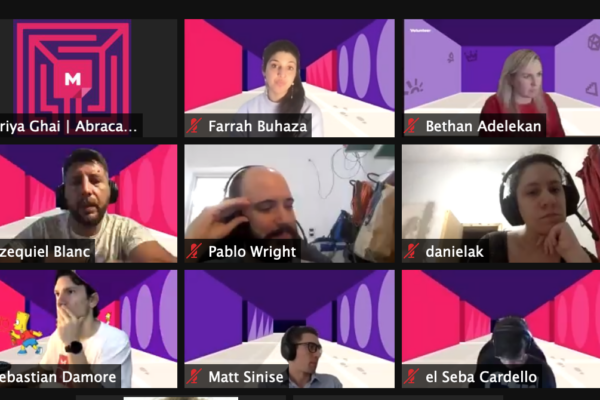 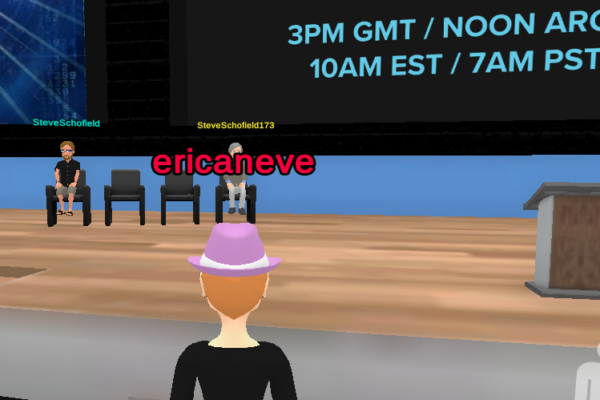 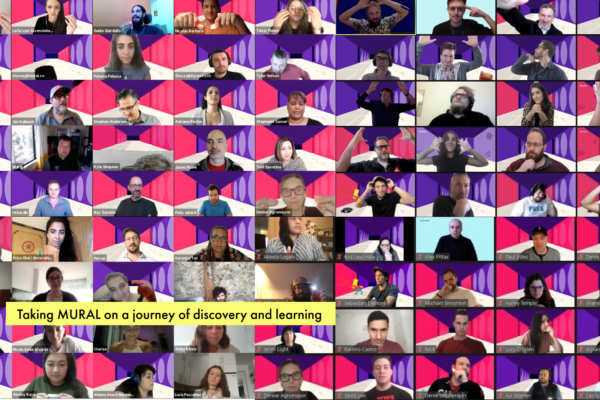 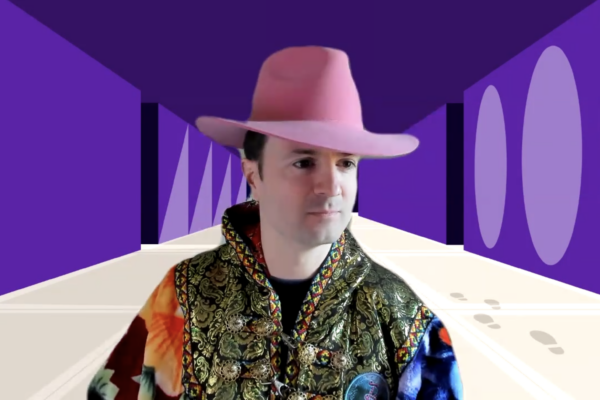 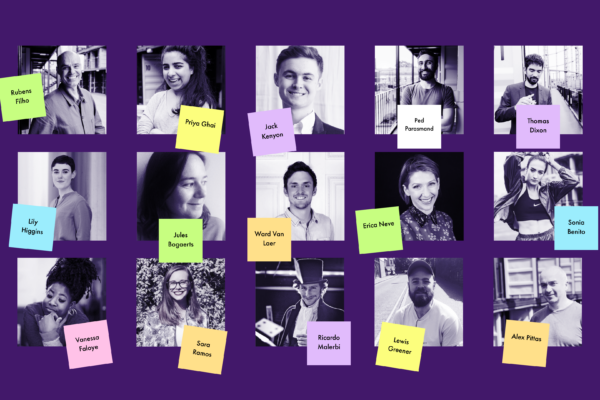 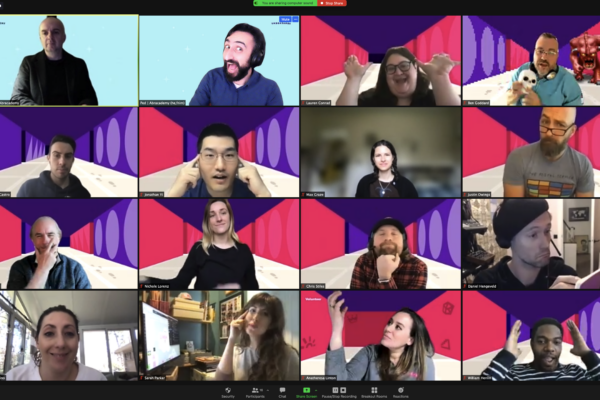 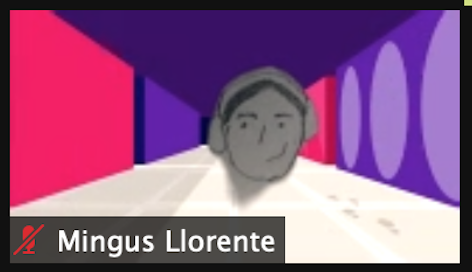 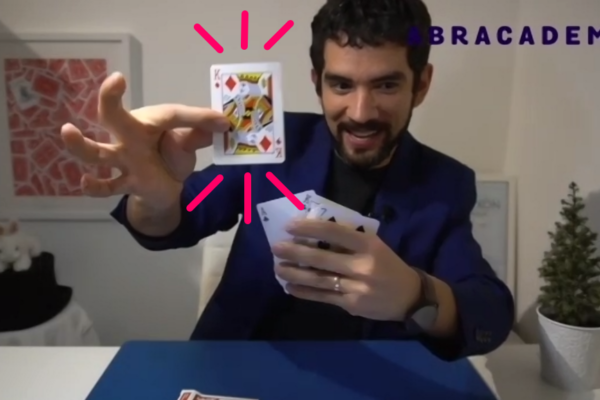 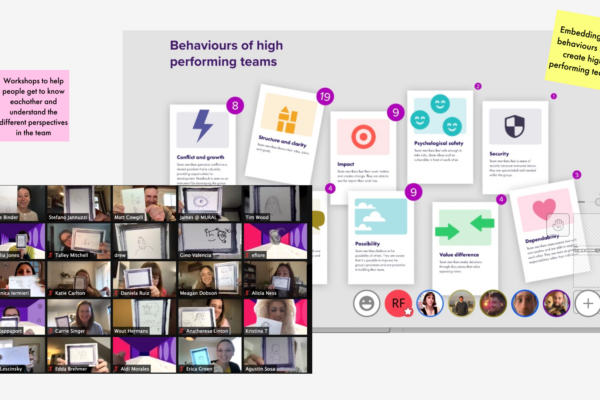 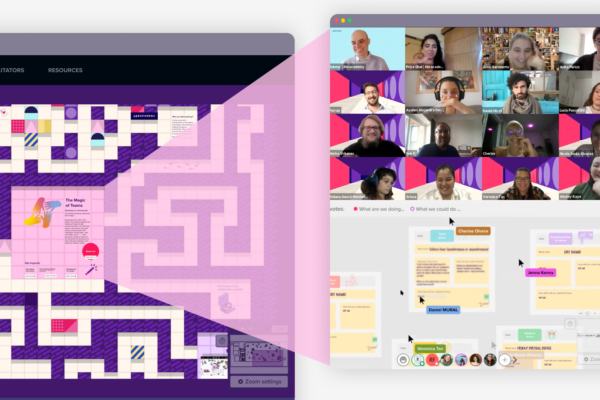 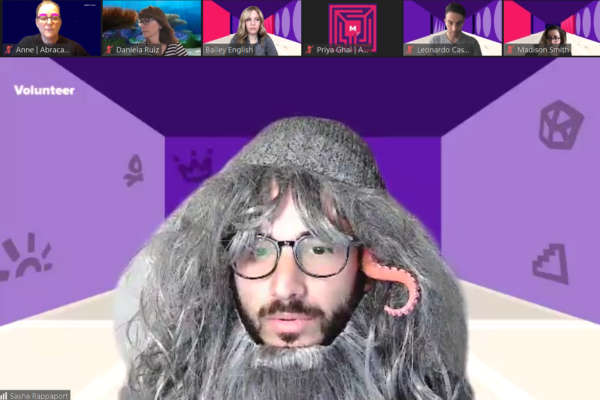 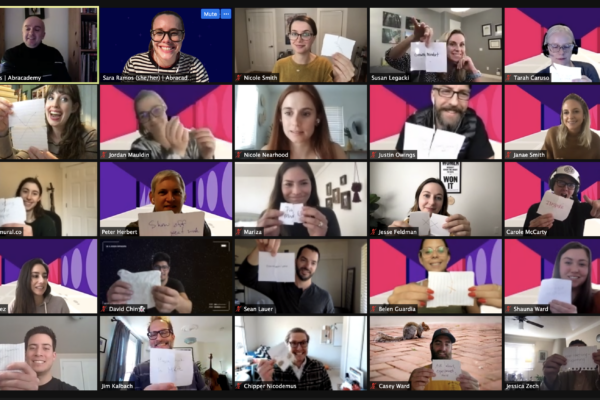 Read the full article on LinkedIn

Do you want your own Maze retreat?